The MINI John Cooper Works Paceman combines mouth-watering sporting flair and inimitable style to usher in a new dimension in driving fun. The seventh top-class athlete in the John Cooper Works range blends the overall concept of the first Sports Activity Coupé in its class with power train and chassis technology developed on the back of extensive motor sport expertise and the standard presence of ALL4 all-wheel drive. The driver and passengers can lap up the resultant sensation of race competition and the interior’s characteristic sports car ambience from four individual seats.

A new addition to the compact segment: a Sports Activity Coupé with a racing flavour. 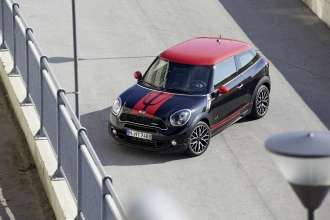 The MINI John Cooper Works Paceman takes to the stage as the stand-out sporting tool in a new category of car. The new model sees the compact Sports Activity Coupé concept wrapped up in an extra layer of muscular proportions and dynamically stretched lines.

The performance-maxing character of the MINI John Cooper Works Paceman is further emphasised by an aerodynamic kit, which features as standard alongside lowered sports suspension and 18-inch light-alloy wheels. The selection of exterior paint finishes includes Chili Red, which can also be specified – exclusively on the John Cooper Works model – as a contrast shade for the roof and exterior mirror caps, as well as for the Sport Stripes. 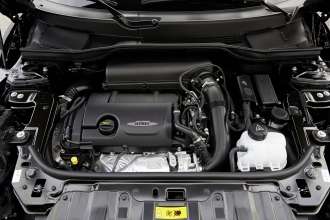 The 1.6-litre four-cylinder engine powering the MINI John Cooper Works Paceman boasts a twin-scroll turbocharger, petrol direct injection and variable valve control based on the BMW Group’s VALVETRONIC technology. It develops output of 160 kW/218 hp and peak torque of 280 Newton metres (207 lb-ft), which can be increased to 300 Newton metres (221 lb-ft) for short periods between 2,100 and 4,500 rpm courtesy of the overboost function. The sports exhaust system provides this power delivery with a suitably stirring soundtrack. 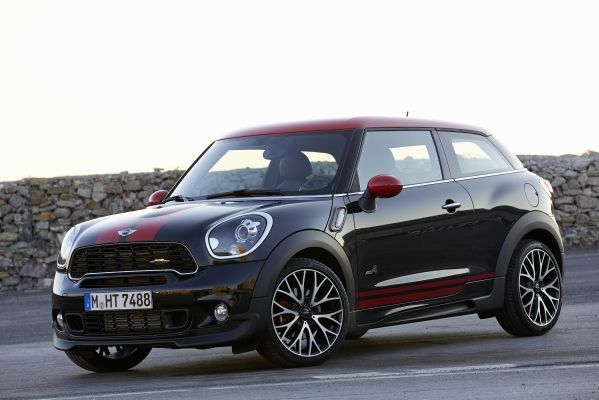 The engine sends its power through a six-speed manual gearbox as standard, although a six-speed automatic is also available as an option. The MINI John Cooper Works Paceman sprints from 0 to 100 km/h (62 mph) in 6.9 seconds – with either gearbox – on the way to a top speed of 226 km/h / 140 mph (manual) or 224 km/h / 139 mph (automatic). The engine’s inherent efficiency and extensive MINIMALISM technology ensure exceptionally low fuel consumption and emissions for this output class. The MINI John Cooper Works Paceman posts average fuel consumption of 7.4 litres per 100 kilometres / 38.2 mpg imp (automatic: 7.9 l/100 km / 35.8 mpg imp) and CO2 emissions of 172 grams (automatic: 184 grams) per kilometre in the EU test cycle. 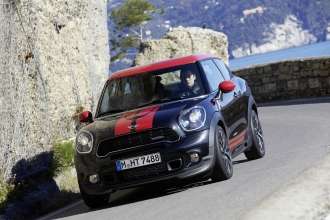 The MINI John Cooper Works Paceman sends its extreme engine power to the road through all four wheels. Its ALL4 all-wheel-drive system uses an electromagnetic centre differential to distribute drive seamlessly between the front and rear axles – and, in so doing, optimises traction, driving stability and agility through dynamically taken corners. 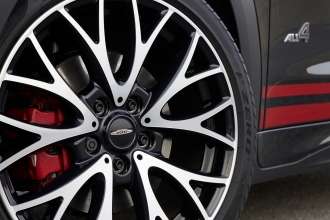 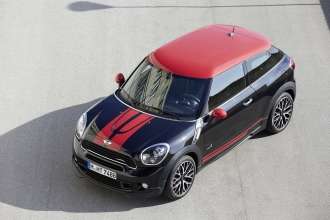 The MINI John Cooper Works Paceman lays on four seats and 330 litres of boot capacity. The two rear seat backrests can be folded down individually, increasing the amount of load space to as much as 1,080 litres. These individual seats give the rear compartment a lounge-like ambience to go with the cockpit’s typically John Cooper Works sports car environment. Central features up front include bespoke sports seats, a sports steering wheel, interior trim strips in Piano Black, an anthracite-coloured roof liner and dark-coloured dials for the speedometer and rev counter. 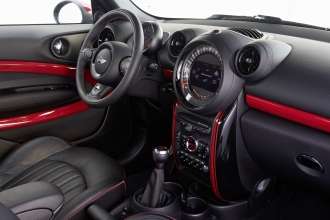